Disclaimer: If Blood freak you out, click away now. 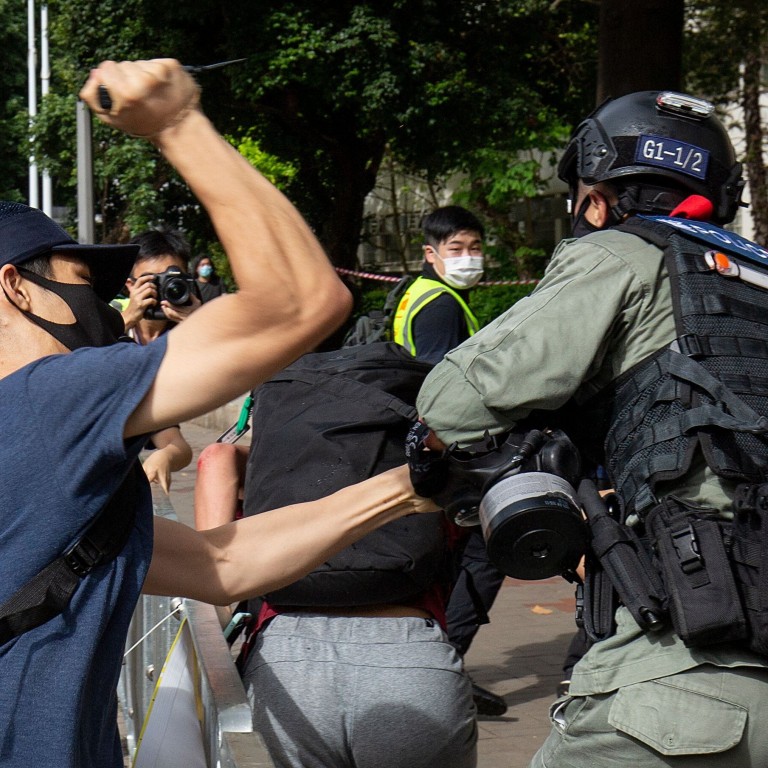 About 370 people were arrested during and after yesterday's (1 JULY) protests against the law being imposed by China to curb activities surrounding the anti-government protests that has been ongoing since JUNE last year.

Ten of them were arrested on suspicion of violating the new security law, some of whom were in possession of paraphernalia that advocated for Hong Kong’s independence. 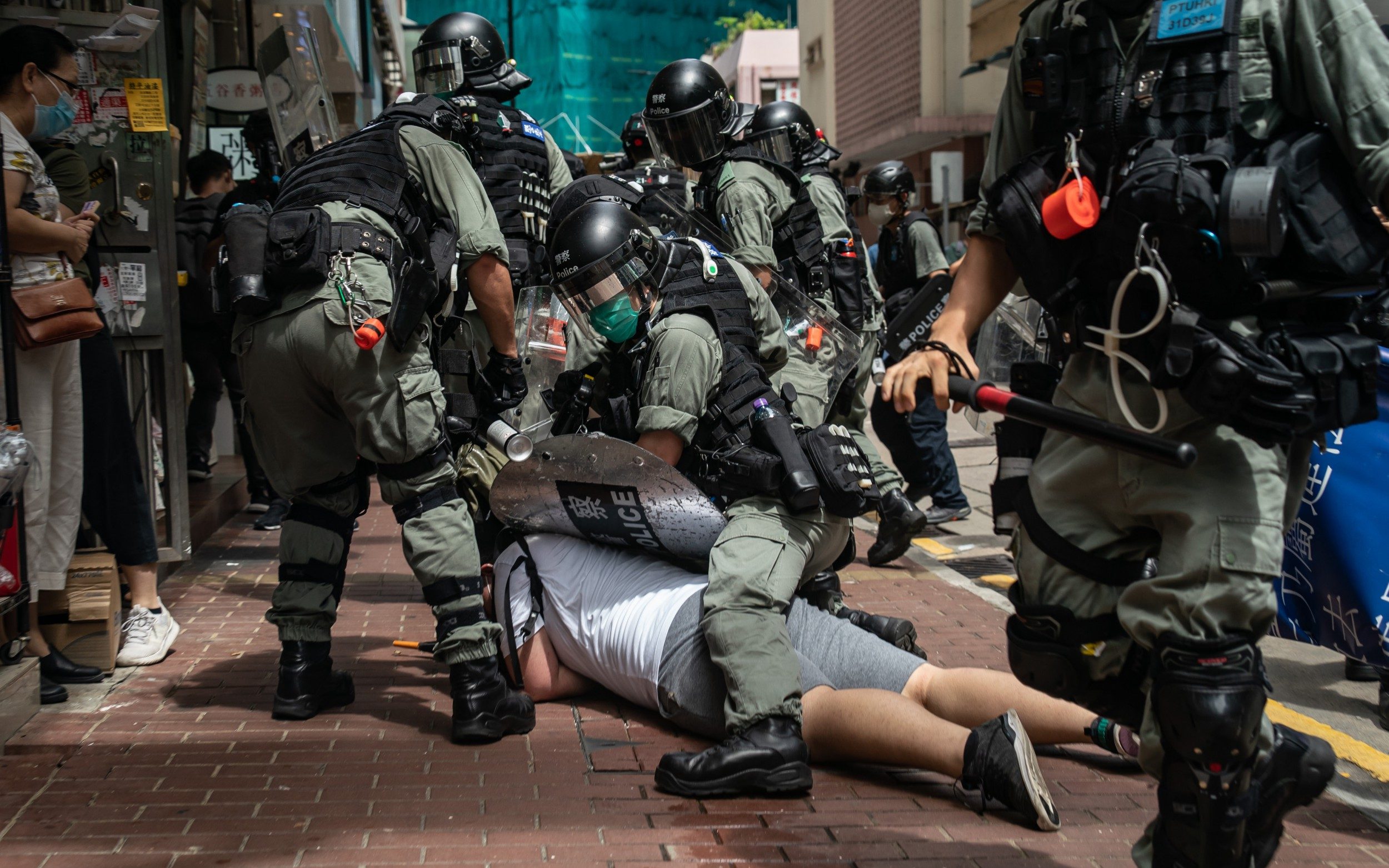 The law took effect on Tuesday (30 JUNE) and outlaws secessionist, subversive, and terrorist acts, as well as any collusion with foreign forces when it comes to the intervening in the city’s affairs.

It has garnered concern from Hong Kong's former colonial ruler Britain and other governments.

Critics say the law effectively ends the “one country, two systems” framework under which the city was promised a high degree of autonomy when it reverted from British to Chinese rule in 1997. Police had posted a photo of a police officer bleeding from his arm on Twitter yesterday, stating that he was stabbed in the arm while making arrests during the protests and that the suspects had fled. 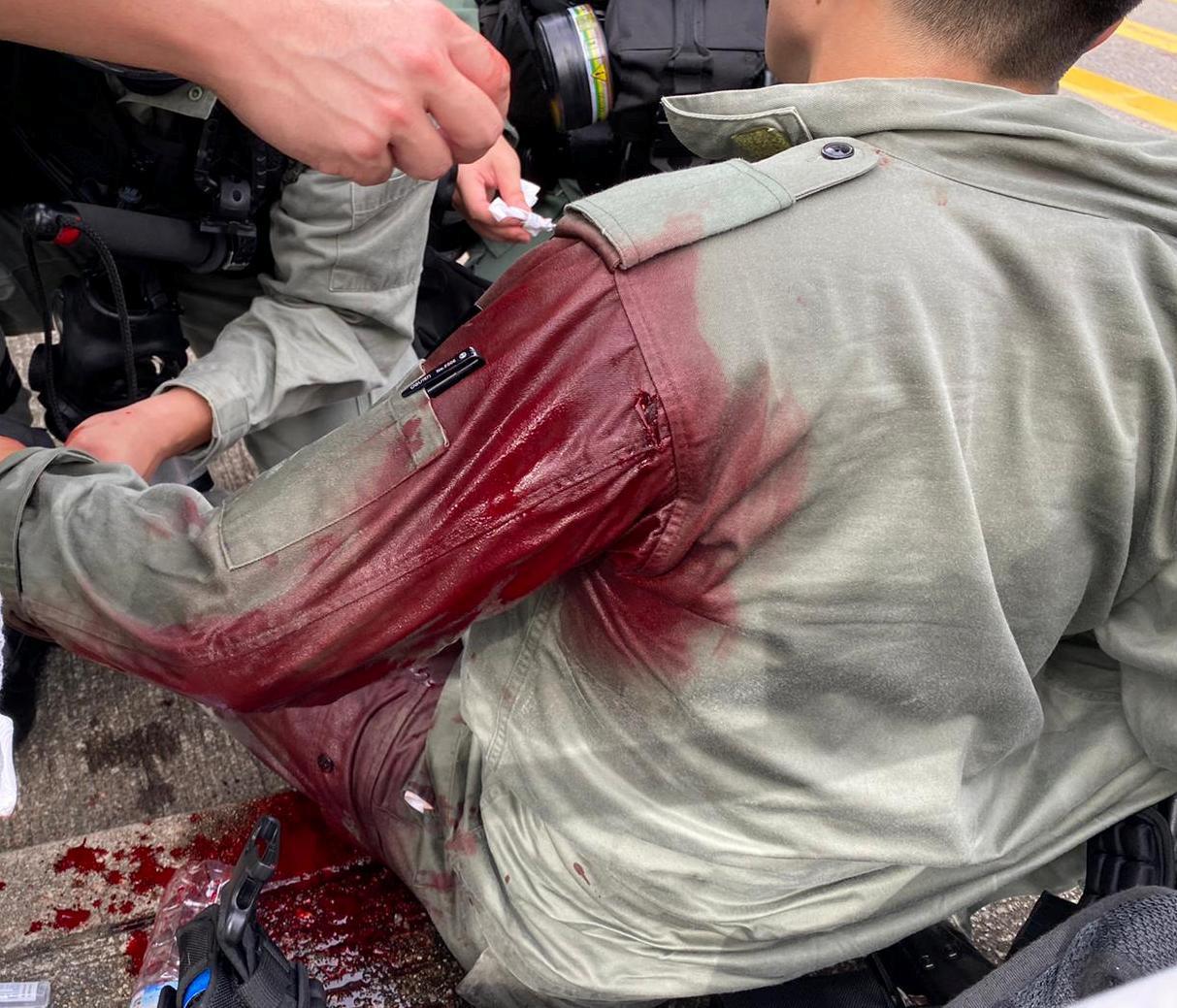 The 24-year-old man, surnamed Wong, was arrested on a Cathay Pacific flight bound for London, according to a police official, who spoke anonymously as he was not authorized to speak publicly about the arrest.

Wong had purchased a ticket on Wednesday and boarded the flight with no check-in luggage, the official said.

He did not respond to the air crew who called him by name, and was not at his designated seat.

Police identified him after conducting a sweep of the plane. 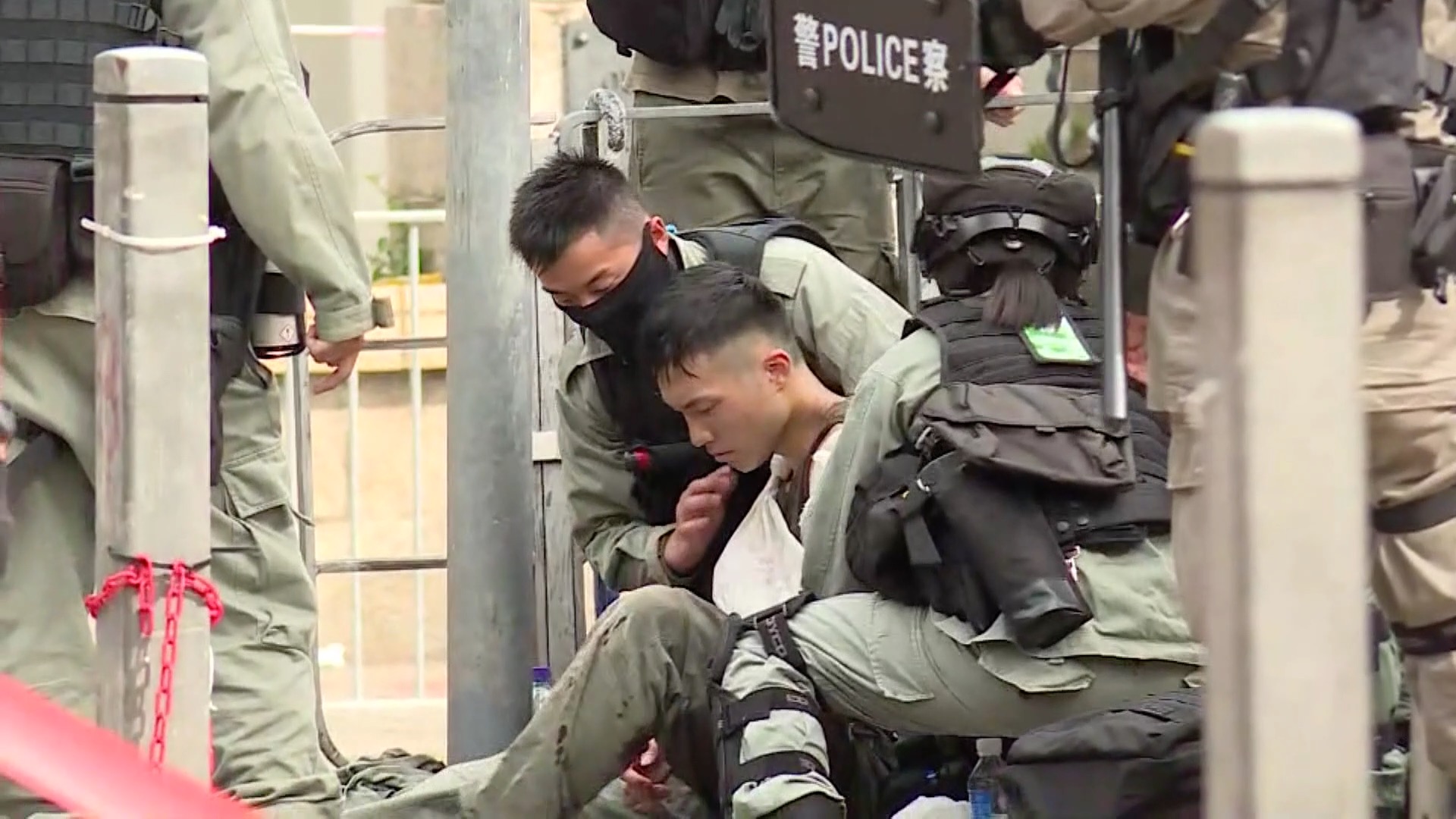 The officer who was stabbed receiving treatment to stop the bleeding.

Local media reported he was arrested after a relative tipped off his travel plans to the police. 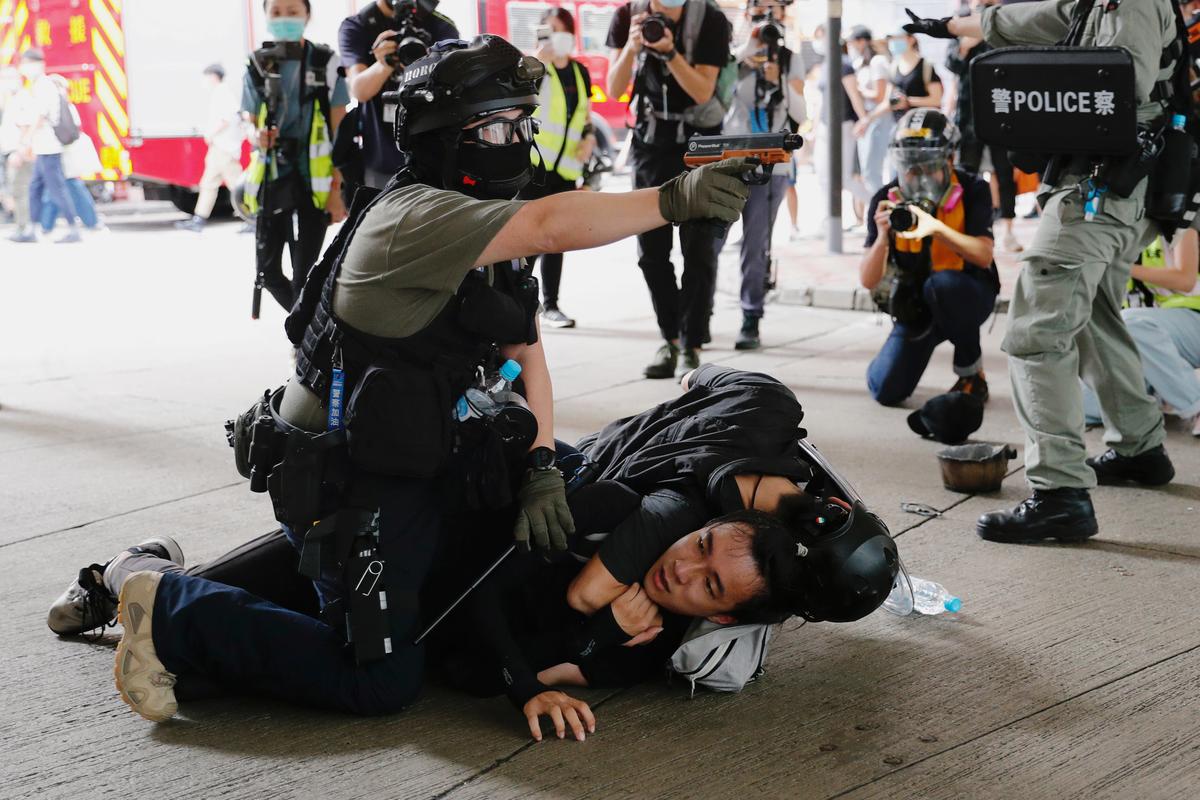 Britain announced Wednesday that it was extending residency rights for up to 3 million Hong Kongers eligible for the British National Overseas passport, stressing that it would uphold its historic duty to the former British colony.

Those eligible will be able to live and work in the U.K. for 5 years, before applying for settled status and then again for citizenship.

Australian Prime Minister Scott Morrison said Thursday his government was considering a similar move, and Taiwan has opened an office to help Hong Kongers move to Taiwan for employment and other purposes.

Watch the Video of the Attack here: