Didn't get tickets to BLACKPINK? Then you should look forward to getting tickets to OneRepublic!

If you’re planning for your 2023 concert list, there’s BLACKPINK coming down to KL and we’ll give you one more to add on as OneRepublic will be performing in March 2023!

The American pop-rock band OneRepublic has confirmed that they’ll be coming down to Malaysia after they announced their Asian leg of their live concerts which covers concerts in Bangkok, Jakarta, Manila, Taipei, Tokyo and Singapore.

Time to get a chance to listen to songs such as ‘Secrets’, ‘Counting Stars’ and the most recently ‘I Ain’t Worried’ which is the main theme song for one of the best movies of 2022, Top Gun: Maverick, starring Tom Cruise.

For those wanting to catch the band live, they will be performing in KL Convention Centre on 1 May 2023. If you’re worried about ticket prices, don’t worry as there’s only 1 type available which is priced at RM388. 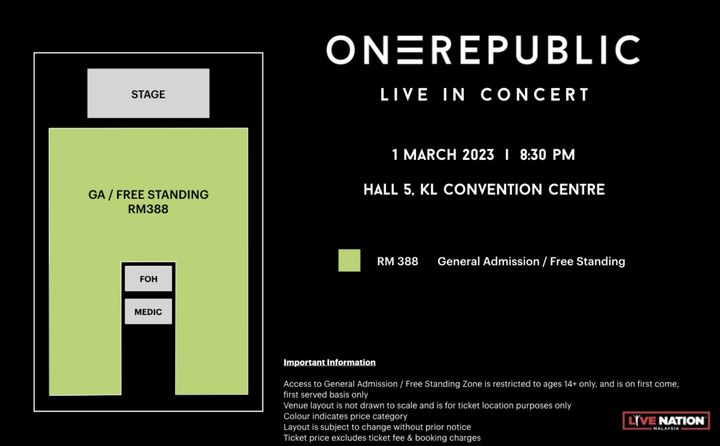 You can purchase your tickets via GoLive or OneRepublic’s official website.